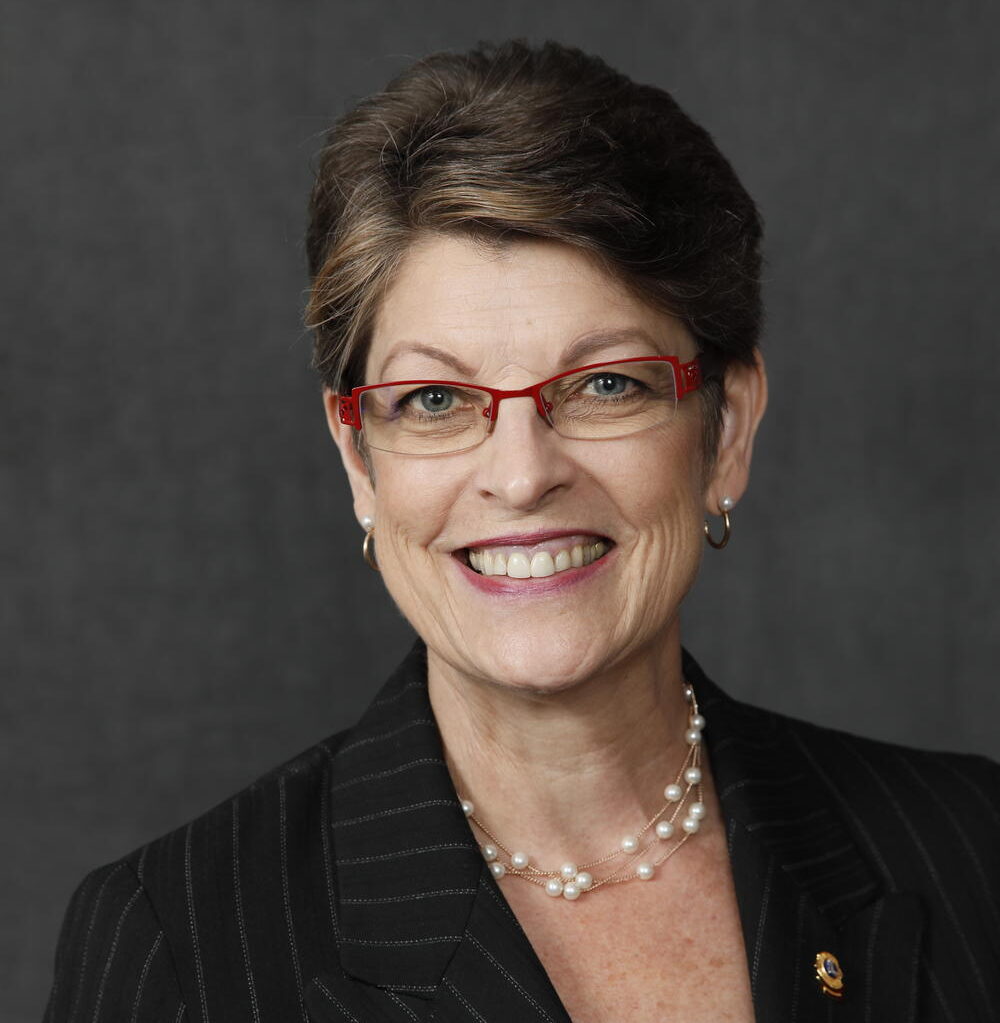 Dr. Patti Hill from Edmonton, Alberta, Canada, who will be a special guest at the District 133 Convention 2021, was elected to serve as third vice president of Lions Clubs International at the association’s 102nd International Convention, held in Milan, Italy, July 5 through July 9, 2019. Vice President Hill is president of a consulting firm.

With 30 years of experience as a psychologist, she has mentored graduate students and psychologists in training. She has also championed the rights of children and youth who are deaf and/or blind. A member of the Edmonton Host Lions Club since 1990, Vice President Hill has held many offices within the association, including district chairperson for Membership, Environment, Convention and International Cooperation and Understanding. Additionally, she has served as a committee member for the USA/Canada Lions Leadership Forum, multinational coordinator for Campaign SightFirst II, secretary for the Lions Eyebank (Alberta) Society, Vice President of the Lions Eye Research Institute of Northern Alberta and presenter at multiple forums and conventions.

In recognition of her service to the association, Vice President Hill has received numerous awards, including several International President’s Awards. She has been honoured with the Ambassador of Good Will Award, the highest honour the association bestows upon its members. She is also a Progressive Melvin Jones Fellow, and recipient of numerous other fellowships. In addition to her Lions activities, Vice President Hill is active in numerous professional and community organizations.